What Do Top Chefs in the DC Area Pack Their Kids for Lunch?

What Do Top Chefs in the DC Area Pack Their Kids for Lunch?
Look inside these creative lunchboxes (and you’ll wish you were a kid again).

Chefs and restaurateurs are just like any parents—they want fill their children’s lunchboxes with healthful, delicious food (that their kids will actually eat). That being said, they often get a little more creative with their cooking, sourcing, and presentation. We asked nine restaurant industry families to let us look inside their lunchboxes.

“Luna will try anything once,” Campos says. “Lucas is less adventurous. So it’s challenging.” Another rub: Neither likes sandwiches. Lucas gets a thermos of spaghetti cacio e pepe, plus romaine-lettuce spears and apple slices with lemon. Luna, who likes “cute foods,” eats turkey “lollipops” made with Whole Foods deli turkey and tortillas, plus sides of cucumbers with sea salt and kiwi. “In Spain, you eat more at lunch and then lighter at dinner. That’s our philosophy here, too, since school is so long.” 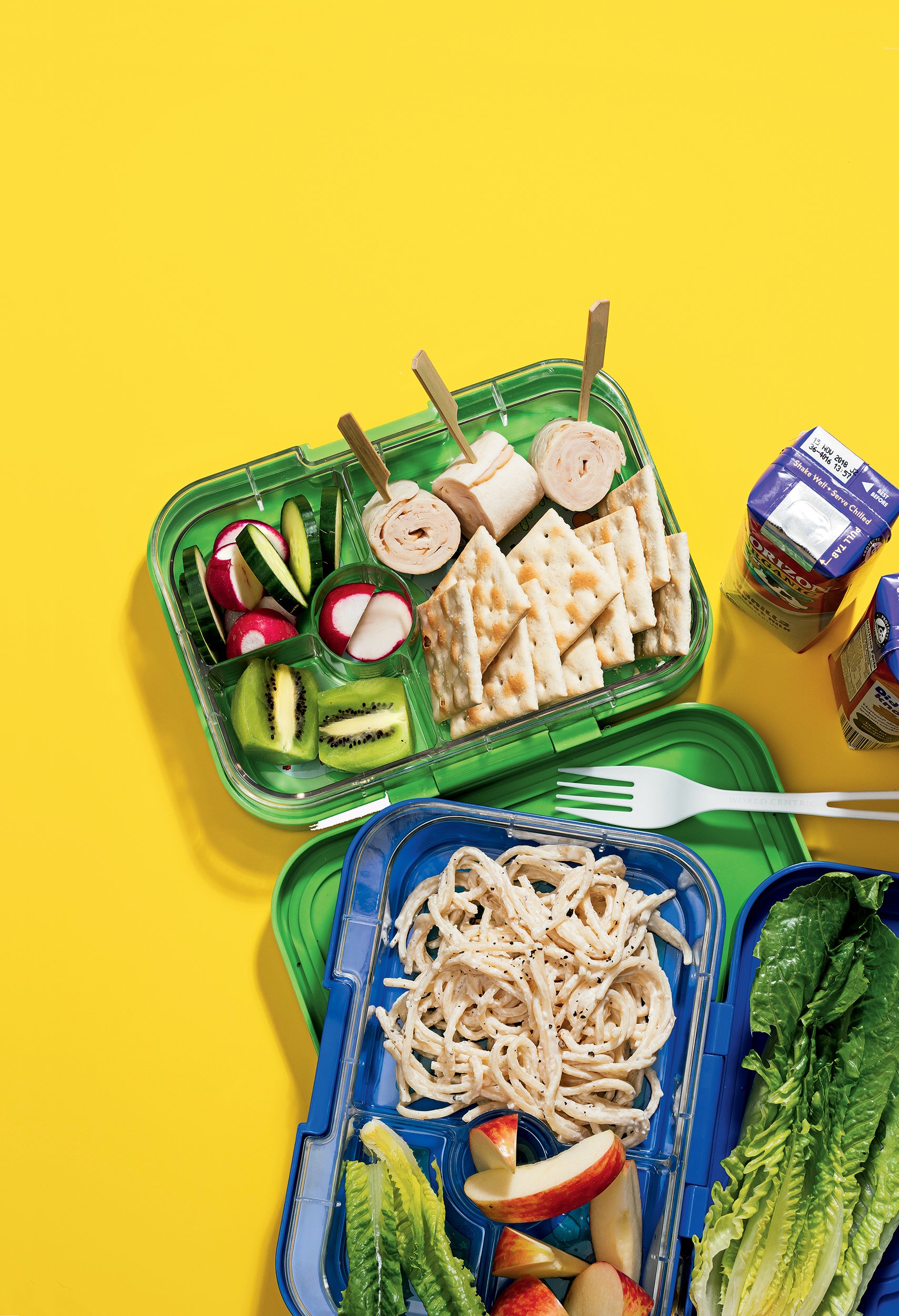 Marley, who decided he was vegetarian at age three, gets a Nocciolata-and-fig-preserves sandwich on Lyon Bakery rustico bread. The chocolate-hazelnut spread is like Nutella “but organic and not made with all the bad oils,” Gross says. Bonus: It’s higher in protein. As an alternative, Marley sometimes gets high-protein Barilla bow ties with pesto. “I’ll chop up arugula in it so he has extra veggies and doesn’t know the difference,” his mom says.

“Alexa is more adventurous. She’ll eat our Cork hummus with raw vegetables.” A typical lunch includes smoked salmon and Whole Foods whipped cream cheese on toast. “She likes the inside of the sandwich more than the bread. She would just eat cream cheese if she could.” 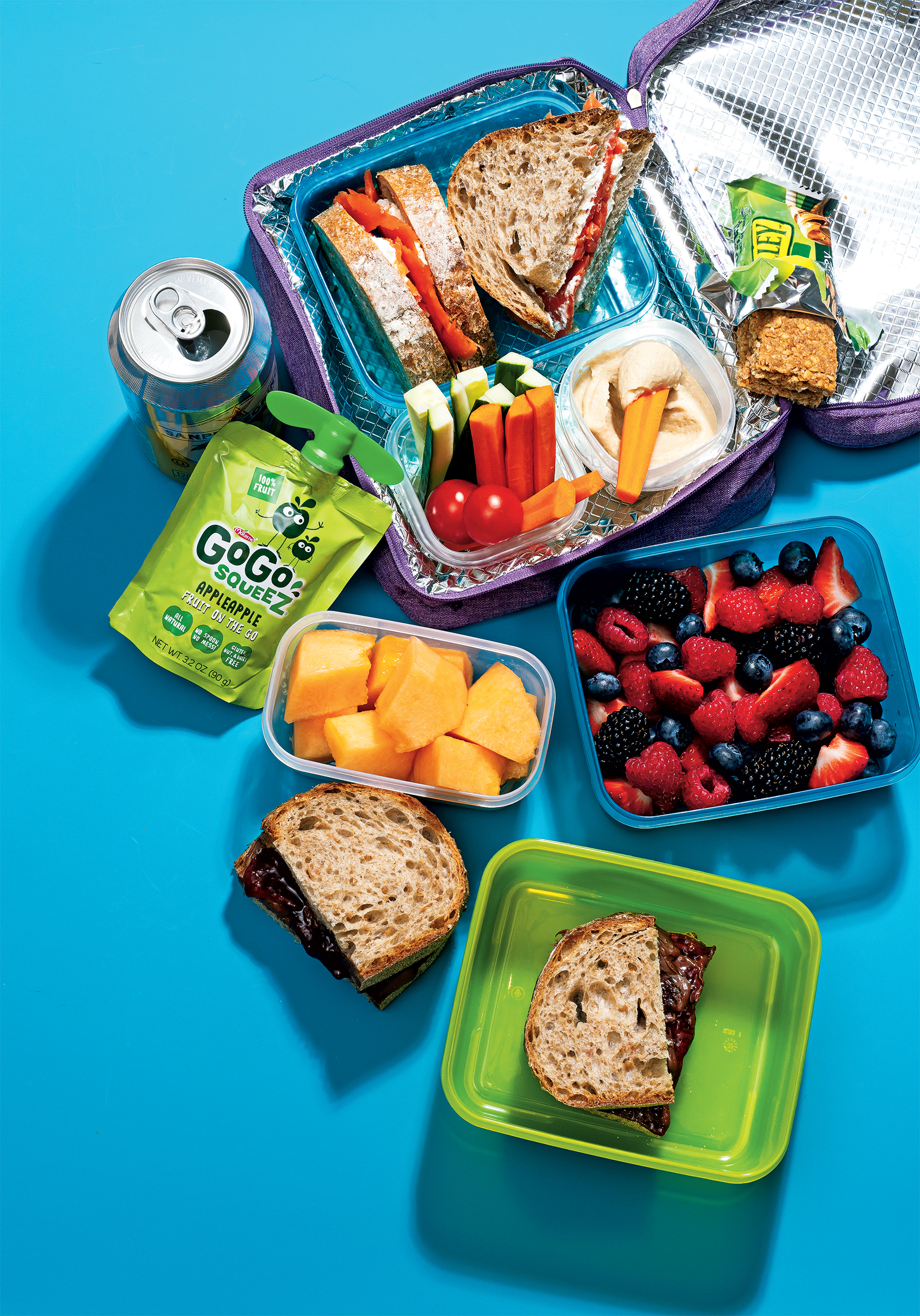 Mike Friedman, chef at the Red Hen and All-Purpose, and Ashley Friedman.

“She’s what I call a ‘picky grazer,’ ” Mike says. Addison gets a turkey sandwich on whole-wheat Martin’s potato bread with Hellmann’s mayonnaise. “The most important thing for me is that my kids eat. I think about nourishment and likability, and also just making sure they’re still kids.” Hence the Hershey’s Kisses. “I don’t want to give her spinach purée in her lunchbox.” 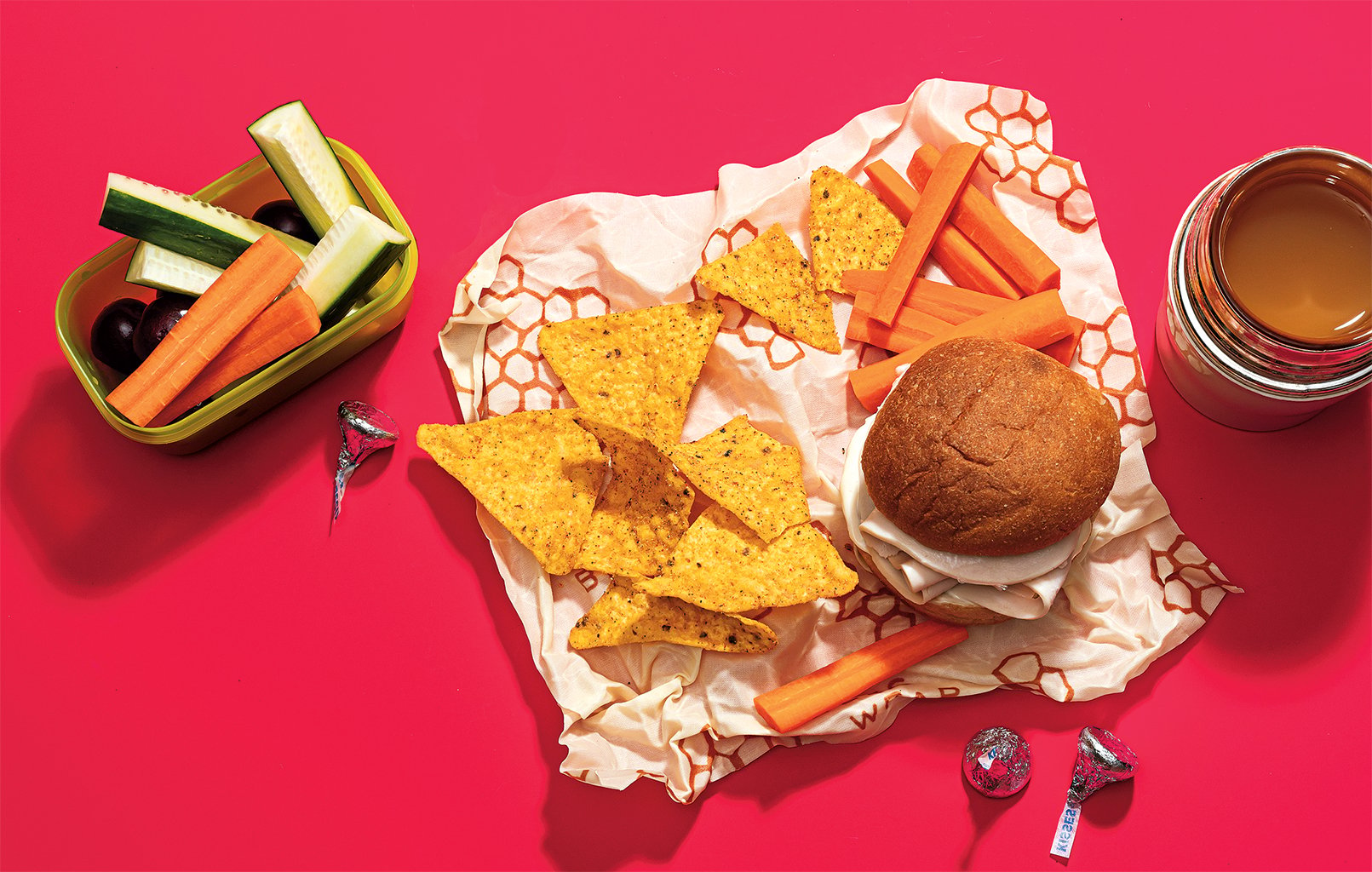 David Guas, chef/owner of Bayou Bakery and Lil’ B, and Simone Rathlé, publicist.

Kemp, who competed on Chopped Junior, often makes his own sandwiches. A favorite: a sub with turkey meatballs from Bayou Bakery, plus tomato sauce and provolone. “Kemp gets tired of the standard cold cuts,” Guas says. “He’s a sauce guy—he loves to make different sauces and concoctions.” He’ll also take along Lay’s potato chips and thin-sliced green apple, plus mint Milano cookies for dessert. 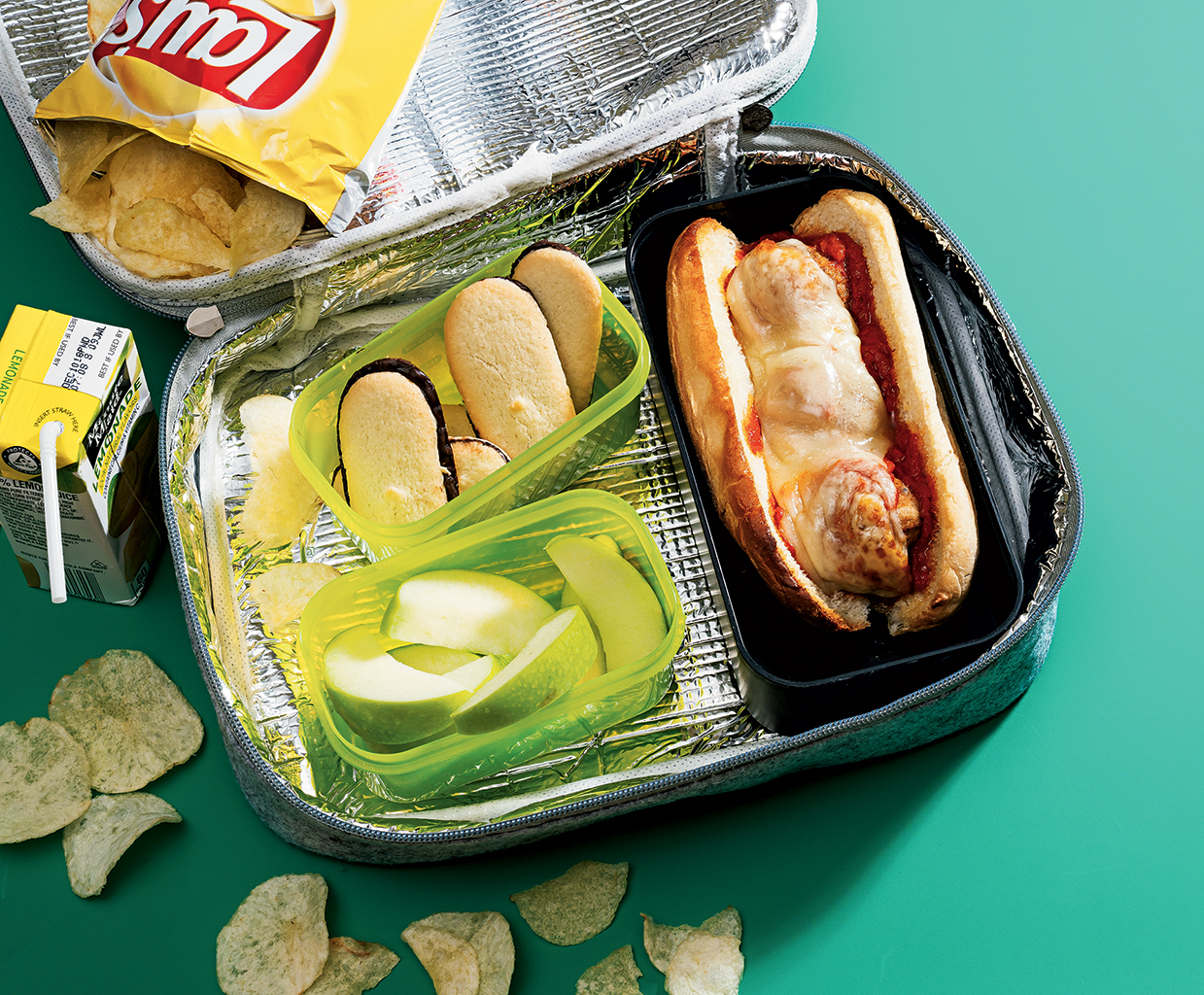 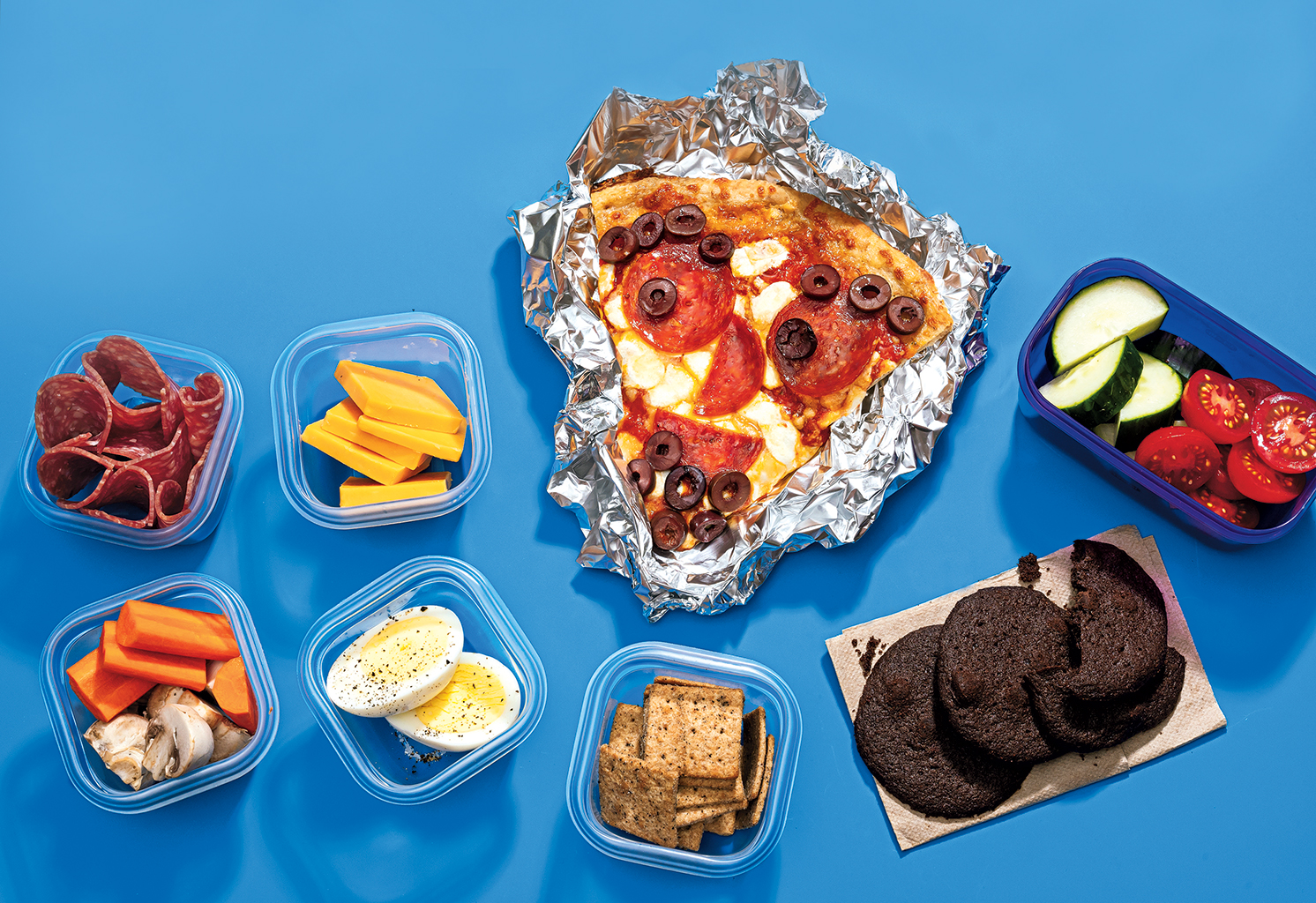 Eamonn has been cooking since eighth grade and now makes his own lunches. “I try to cook things that are good-tasting and healthy,” he says. His Filipino-style chicken skewers are marinated in soy, garlic, and Sprite. “I try to steer clear from soda, but you get a nice smoky-sweet, tangy flavor.” He likes mango on the side. 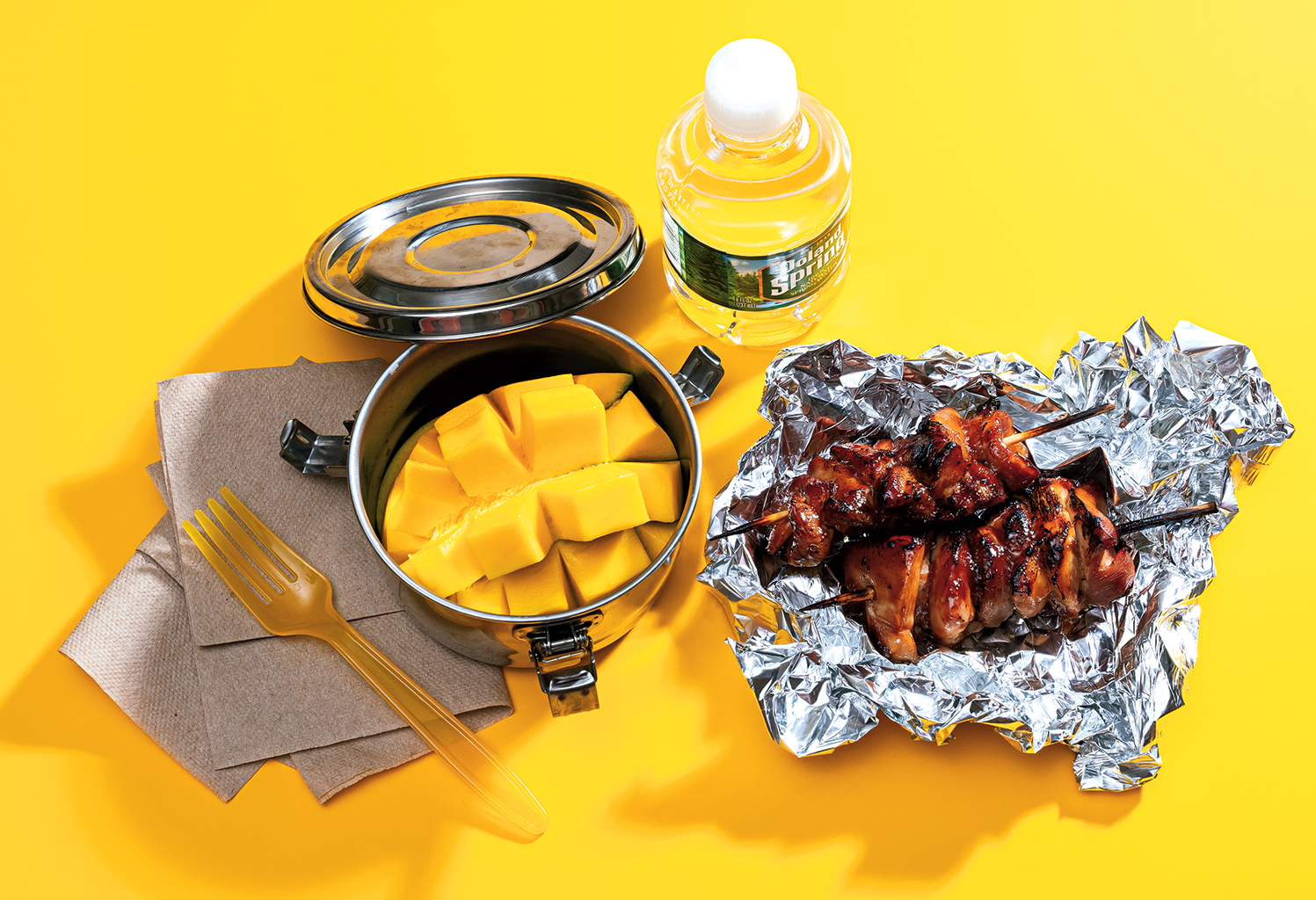